Helped out a friend doing an art class project. They are making an installation with paper tubes hanging from a roof. When you walk into the tubes a loop should start playing. Solved this with an old motion sensor from an alarm system, connected to an Arduino, connected to the PLAY button of a hacked MP3 player. The play button is connected trough an opto coupler just in case. There are some timing concerns to control the MP3-player, like giving the MP3 player time to play the loop all the way trough without new play pulses, therefore the Arduino.

The whole hack took me about three hours and was made mostly out of trash lying around my workshop. 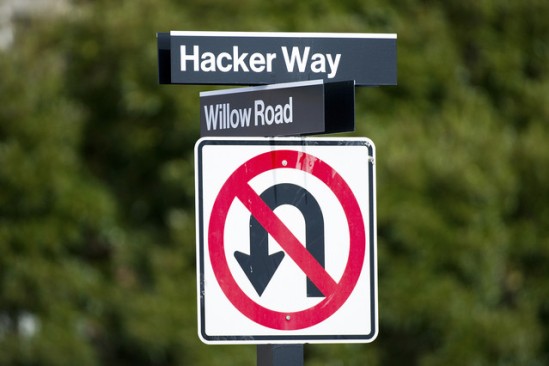 Soo, last year Bieber killed steampunk (we have flirted with it, but consider ourselves more atompunk) and this year starts with Suckerberg paying homage to The Hacker Way. In a short text inside Form S-1 REGISTRATION STATEMENT that was just released, this is the same type of document that gave us Google’s “Don’t be evil”, we can read:

The word “hacker” has an unfairly negative connotation from being portrayed in the media as people who break into computers. In reality, hacking just means building something quickly or testing the boundaries of what can be done. Like most things, it can be used for good or bad, but the vast majority of hackers I’ve met tend to be idealistic people who want to have a positive impact on the world.

The Hacker Way is an approach to building that involves continuous improvement and iteration. Hackers believe that something can always be better, and that nothing is ever complete. They just have to go fix it — often in the face of people who say it’s impossible or are content with the status quo.

Hacking is also an inherently hands-on and active discipline. Instead of debating for days whether a new idea is possible or what the best way to build something is, hackers would rather just prototype something and see what works. There’s a hacker mantra that you’ll hear a lot around Facebook offices: “Code wins arguments.”

Hacker culture is also extremely open and meritocratic. Hackers believe that the best idea and implementation should always win — not the person who is best at lobbying for an idea or the person who manages the most people.

What can we say? We agree with this, but seeing it in a document signed by MORGAN STANLEY J.P. MORGAN GOLDMAN, SACHS & CO does not feel right. The nerds have had their revenge and sold out. It is 2012 folks, we need to crack it up and let some light in.

Our loosely based affinity group Demodrama has just launched its on-line platform and during the research I found the video above. I predict this will happen again and again in the future: small low/no budget groups reinventing and developing work that was done 10 years earlier by big institutions with a lot of money. As cameras and projectors become cheaper,  computers more powerful and open source is widely used, this type of technology will be for everyone. We still need some more rounds on the code before it’s ready for release though.

What have we done? What do you need? First of all hacking a PS3 Eye camera, they are cheap and fast. Then a tracking software, we use Open CCV 1.3 (formerly tBeta and originally made for multi-touch screens), that will communicate with Processing through TUIO. In order to handle the complex setup with scenes, backgrounds, masks and sounds we use the Eclipse integrated development environment.

We finally got the documentation together, so here are the photos from the making off and the opening day. This was one crazy project, we did our set-up in May in between the workshop we held, then one month later when it was inauguration time we finished the installation remote desktopping from Norway. Maybe for the first time I had the feeling of telepresence as we instructed the people at IED to walk in the room, chatted in WordPad and tried to calibrate the machine.

The installation is still running for one more week, upload your holliday photos from Madrid here.

El Mundo had an article about it. 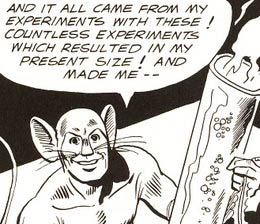 This process was an Internet success story, later in the real life production we ran into a series of failure.

During a presentation of our shopping-trolley robot at Universita La Sapienza in Rome some years ago I met David Dalmazzo. He does a lot of interactive works and explained me briefly how he used infrared cameras in several dance productions. This was the wonderful world of background elimination.

So when we where approached by IED Madrid to build an installation for the PHotoEspaña festival, the time had come to put the theory into practice. A quick search in the big library revealed a way to hack webcams into infrared cameras. The technical department did it in 5 minutes, while the performance department used a staggering 5 hours. Once inside the infrared part of the spectrum we started experimenting, finding light sources and filters, calibrating the software and preparing for the on-site setup.

The actual construction included memorable moments like using one day to build lights that we couldn’t use, buying infrared diodes at this very special shop only to discover that they gave us cancerous ultraviolet ones and so forth…